The ‘Million Pound Homes’ Set To stun In Historic Town 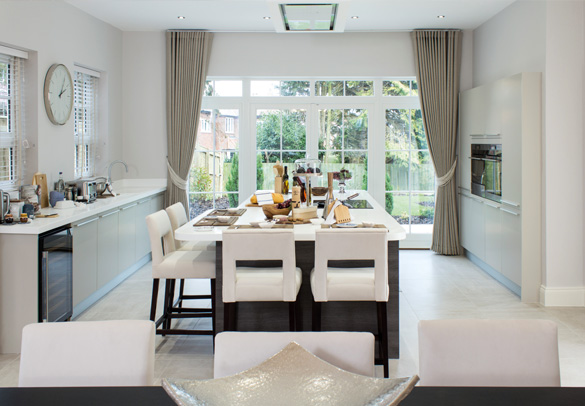 An ultra luxurious housing development is transforming a former Beverley college site. Thirty-six homes, with indicative prices from £620,000 to £1,025,000, are being built in the highly desirable location bordering Beverley Westwood.

A luxury show home is open and the first two homes are occupied, with sales agreed for six properties under construction in the first phase.

The secluded site, which boasts “inspirational and aspirational” high-spec homes, is expected to be fully developed within three years.

Peter Ward, managing director of the Beverley based developers, is delighted with how the idyllic site is progressing.

“Architecturally, it looks amazing. I am so pleased with the job the architect has done.”

Mr Ward has been seeking to acquire the prestigious site for more than ten years and had to overcome several challenges.

Previous housing plans for the site, unveiled in 2007, stalled after the collapse of Wright Homes in Hull, which was working with Peter Ward Homes on a joint scheme.

The college’s relocation plans were then delayed in 2010 when a grant fell through.

Planning permission was finally granted in 2014 and Peter Ward Homes took over the site in 2015, following the college’s relocation to Flemingate.

The old college buildings then had to be demolished and the site cleared before development could begin.

Mr Ward believes it is the finest site to become available in the area for many years.

He Says: “In my opinion, it is the finest development site in the East Riding, if not further afield.” “It’s appropriate that a Beverley based builder has been able to develop the site.” “I have been building close to 40 years next month, I have probably built around 3,000 houses.” “I believe this is the most prestigious development that has been done by anyone around here in a long time”. “It’s a nine acre site adjacent to Beverley Westwood and Beverley Racecourse, with mature specimen trees, located only a walk from the town centre.

Eight house types have been designed for the site by Beverley based Sangwin Architects, including luxury show house Goodwood, a stunning four-bedroom, four-bathroom/ensuite property.

With sales agreed for the first homes under construction, the next release of homes is planned in the spring.