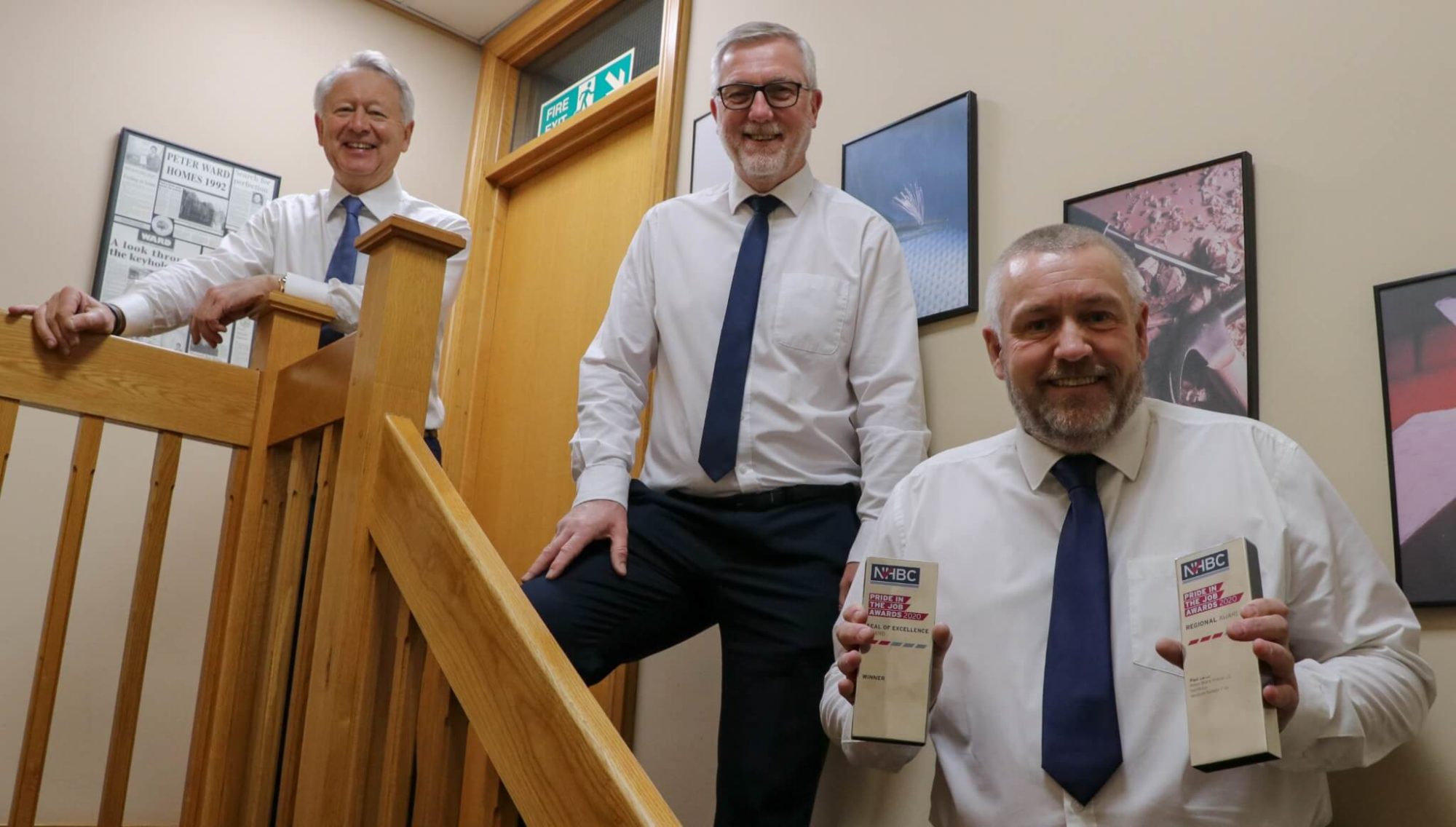 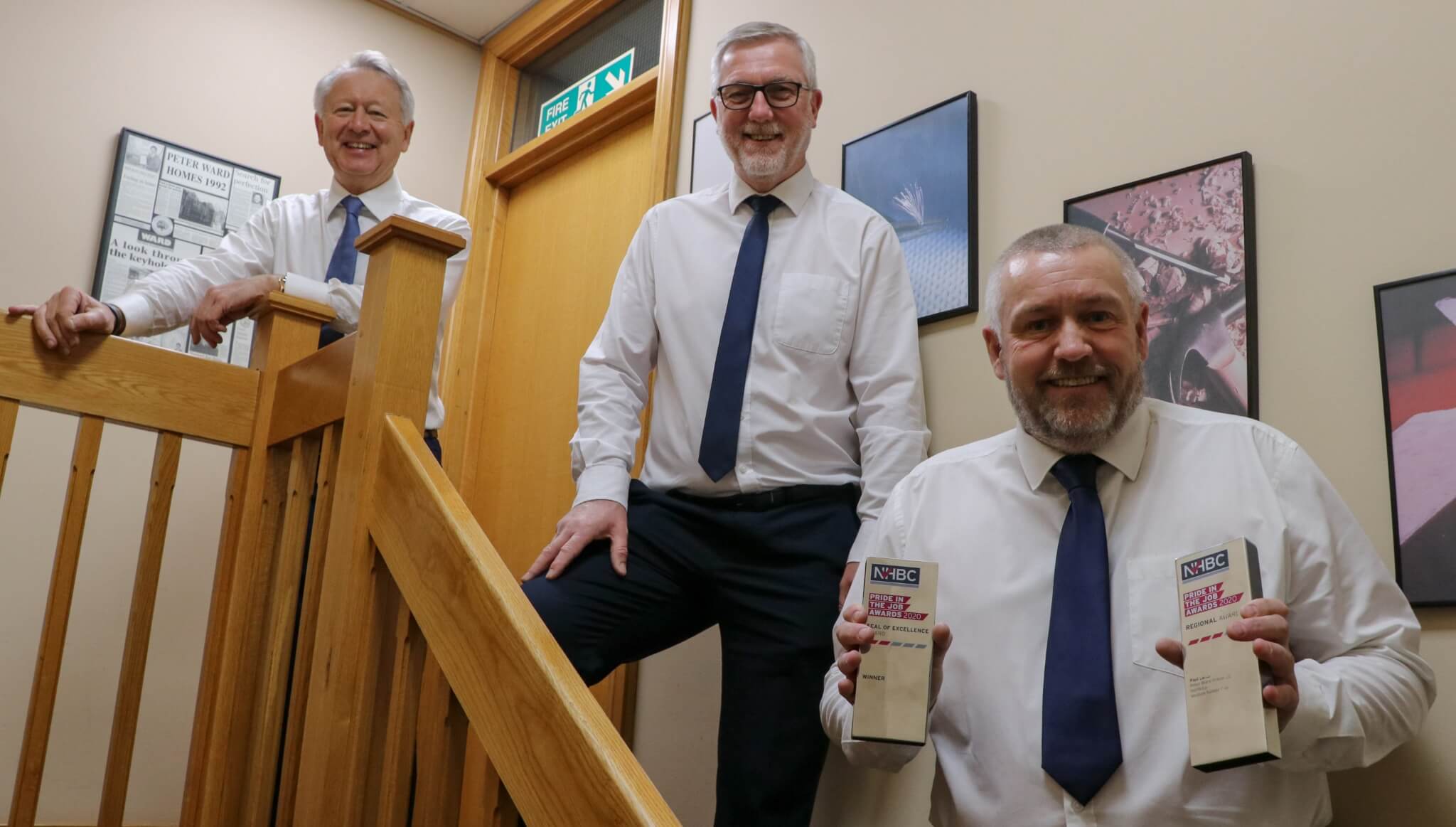 Site Manager Paul Lambert celebrates a hat trick of wins, after being announced as a recipient of this year’s NHBC Pride in the Job Awards; for the third consecutive year.

The Peter Ward Homes’ site manager was one of 450 site managers from across the UK to win a Quality Award in this year’s NHBC’s Pride in the Job Awards, having also won it for his work at Old College, Beverley, in 2019 and 2020.

The Old College development sits on the former East Riding College site and has unobstructed views of the Westwood and Beverley Racecourse. The luxury development, which is nearing completion, comprises 36 high-end four and five bedroom detached homes and has quickly established itself as the most prestigious postcode in the region.

“When we acquired the site in 2015, we knew this development would be the jewel in the crown and so it was no surprise that the houses sold as quickly as we released them. With some of these homes selling for over a million pounds it needed a strong site manager and first-rate team to deliver to the exacting standards that our homebuyers expected.”

“Old College really is our prestige development; the region’s best kept secret with an exclusive collection of outstanding house designs built adjacent to the Westwood Pasture and the Racecourse.

The NHBC competition recognises site managers who have achieved the very highest standards in house building across the UK, which makes it even more poetic that Paul was shortlisted for his efforts on the company’s most complex and prestigious development. More than 10,000 site managers were nominated this year, putting Paul, his team and the Old College site within the top 5% of new developments in the UK.

By recognising the very best site managers across the UK, the competition celebrates the vital role that site managers and their teams play in ensuring new homes are delivered on time, on safe sites and to exacting construction quality standards.

“We’re absolutely delighted to announce that our Old College Site Manager, Paul Lambert, has won the NHBC Pride in the Job Quality award for the third year running. A hat trick of wins for Paul and his team is no mean feat, but it is testament to his exacting standards, his first-rate skills as a site manager, and the dedication he has to the role.

“The Peter Ward Homes brand has become synonymous with quality and that’s thanks to our extensive team of trades, site managers and sales representatives that provide the very best service at all times to our home buyers. Congratulations once again to Paul and his team – we couldn’t be prouder.”

Old College is just a few months away from full completion, with all homes now sold, including the showhome, which when opened, was dubbed the most glamorous show home to-date. As this development comes to its end, the company moves into the major build phase with its Deira Park, Beverley, and Lindofen View, Immingham, developments. Both sites are now well underway with just a few plots remaining in the first release.

All Quality Award winners will go on to compete for Seal of Excellence and Regional Awards in the autumn, with the national, Supreme Award winners unveiled in January 2022.