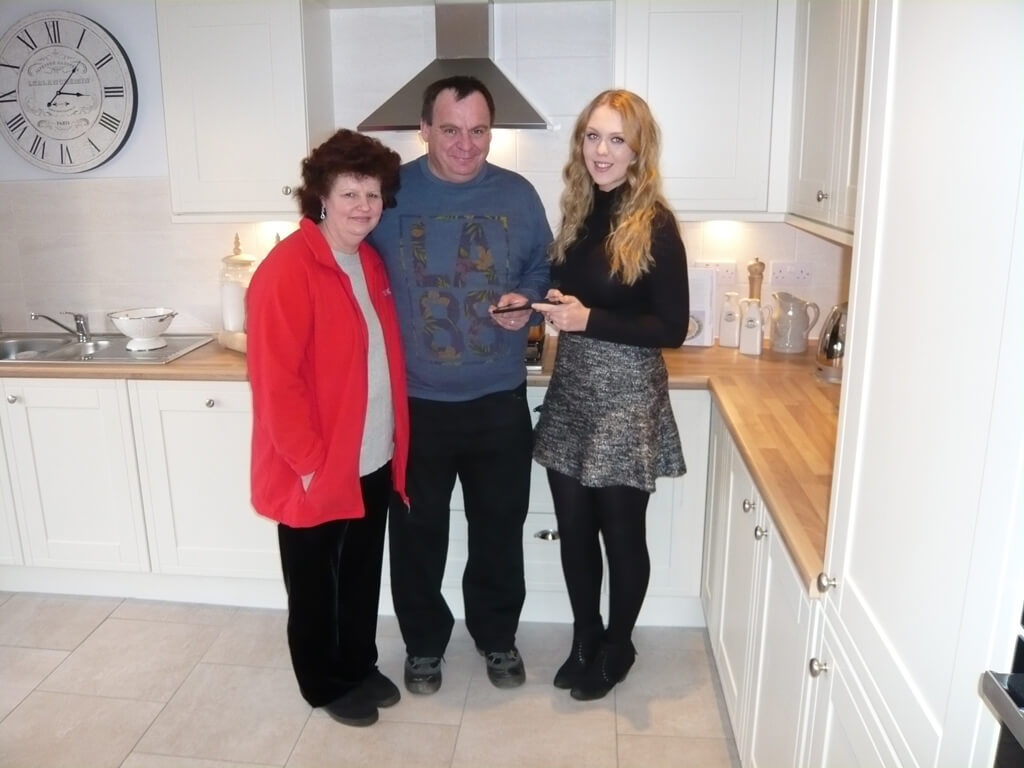 Christmas is the one time of the year where it is completely acceptable to decorate your house with trimmings, tinsel, fairy lights and endless amounts of chocolate. So when Peter Ward Homes announced it was running a competition for the most over the top and creative decorations, it was no surprise so many jumped at the chance to impress.

The Christmas photo competition was run through social media, to find the most creatively decorated home. It encouraged Peter Ward Home residents to upload their Christmassy themed home, tree and garden, in hope of winning a brand new Windows 8, Linx 7 tablet. The competition took off from the offset with multiple entries flooding in. From a bay window, to a fireplace, Christmas was beginning to spread for Peter Ward Home owners but it was Andrew Donkin who took the prize with his ‘amazing wall of light.’

Mr Donkin lives at the popular Peter Ward Homes development, Habrough Fields in Immingham with his wife. It was his idea to enter the competition in hope of winning a new tablet.

Andrew shared his thoughts on the win, “I can’t begin to describe how overjoyed we were to hear we had won the Peter Ward Homes Christmas competition. This is only our third Christmas at Habrough Fields and we have tried to improve our display every year, so it’s very flattering to win something like this, and something we are both immensely proud of.”

This is not the first time the award winning housebuilder has had success with an online contest as the iPad mini prize draw back in October proved to do equally as well. Peter Ward Homes have a rapid presence on social media and constantly look to interact with their homeowners in any way possible.

Andrew continued, “Winning has been a fantastic start to the Christmas season. A big thank you to all at Peter Ward Homes for this prize and also for the high quality finish of our Habrough Fields home.”