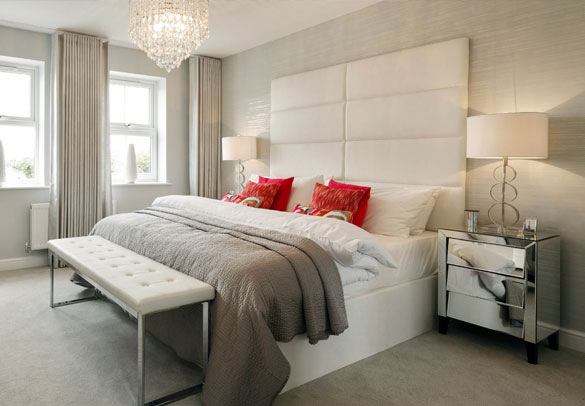 Three bed houses are very popular with young families, those who are downsizing and the retired. Or so we are told by the market researchers. One company that can back that up however, and who have developments in Goole, is Peter Ward Homes.

Rosemary Key the company’s Sales Director is quick to point this fact out. “At our last site in Goole, The Willows, 16 out of the 28 plots were three bed homes. And we couldn’t believe how quickly those sold. We have only been on our new site, Whin Croft since late last year and so far out of the 30 three beds that we have on site 5 have been sold and we have reservations on a further 11. In fact we only have two left to sell in this years quota!”

So why are these homes so popular? We asked residents from both sites who had bought the three bedroom housetypes and each said it was a combination of value, space and lifestyle. “Prices at Whin Croft for our three bed Banbury, which is a semi – detached with a side drive or parking space, start at £165,000. Using Help to Buy you may be able to purchase this new home for a £8,250 deposit and get up to a 20% equity loan. This means a mortgage that carries significantly lower monthly repayments than a standard mortgage.” said Rosemary “And when you see what you get for that then you can understand their popularity”

When it comes to space Rosemary was equally convinced about these homes “Our three bed houses always have two double bed rooms and the third bedroom is for a single or bunk beds. People who don’t have children but who are thinking of starting a family use one of the doubles as a guest room and the third bedroom can be used as a study or dressing room. When children come along they just reconfigure the bedrooms and they have the space for a young family. In fact some of our three bed customers have three children in their houses and don’t upsize until the youngest start school. There is plenty of family space in these housetypes, especially the Woburn which has a large kitchen/day room and lounge. All our three beds have a downstairs cloakroom/WC and utility.”

When it comes to lifestyle the research shows that large houses tend to be lived in by large families. The English Housing Survey revealed that whilst there were more three bed new homes built in the last five years than any others, the average number of people in these houses was just over three. This shows once a house gets too big a homeowner will most likely downsize. At the opposite end of the scale those who are buying their first or second homes will most likely opt for a three bed. For both customers not only is a three bed cheaper to buy, its more affordable to run and probably easier to sell. And it doesn’t take so much time to maintain and clean, giving families more leisure time. Its also true that those parents with one or two children will stay in a three bed home because the house still meets all their needs and the kids don’t need to room share”.
Which explains the popularity of these sized homes at Whin Croft. “All in all our three beds do sell very quickly and Goole is no exception, we have almost sold out for this year. If anybody wants to move into one of these homes in 2017 they will need to move quickly”

If you want to see what Peter ward Homes have available at Whin Croft in Goole then visit the site, its open seven days a week from 11am to 5pm. There is a great show home to view.